These cookies may be one of my favorite things I’ve ever made. They’re chewy and nutty and not overly sweet. They’re delicious with or without the chocolate coating, but it is definitely worth the extra effort.

Preheat your oven to 350. Spread out your coconut shavings and almond slivers on a parchment-lined baking sheet and bake about 5 minutes, until the coconut is toasted and the almonds are fragrant, stirring them and rotating the pan about halfway through. Set aside to cool.

You need really soft butter for these, so try to set it out at least an hour before you plan to bake them. But, if you are like me and often make cookies on a whim with little planning, you can soften your butter in the microwave. Just nuke it 5 seconds, rotate it, nuke another 5 seconds, rotate it, and repeat until it’s soft.

Cream the softened butter and both sugars in the bowl of a stand mixer or in a large bowl with a hand mixer. Once the butter and sugar are completely mixed and the butter is starting to look lighter in color and fluffy, scrape down the sides of the bowl, add the egg and vanilla, and mix until everything is combined, scraping down the bowl as needed.

In a separate bowl, combine your flour, baking soda, salt, and cooled coconut and almonds and mix well.

Portion your cookies onto a parchment-lined baking sheet, leaving a little over an inch and a half between them. I use a number 40 scoop, which is 1 1/2 tablespoon portions. They’re a little smaller than a golf ball. Bake at 350 for 12 – 14 minutes, until they’re slightly golden around the edges. Set them aside on a rack to cool completely to room temperature.

Next we’ll dunk the cooled cookies in dark chocolate.

You’ll obviously need to melt the chocolate chips to do this. You can use a double boiler, but I always just do this in the microwave. Just dump your chocolate chips into a microwave safe bowl, nuke them for about 10 seconds, stir, and repeat until about half of the chips are melted. Once you get about half of them melted, remove them from the microwave and stir until everything has melted and it’s nice and smooth. It takes a little work to get them all melted like this, but it prevents them from scorching in the microwave.

Dip half of the cookie into the chocolate and scrape the bottom off on the side of the bowl or with a butter knife or you can scoop and spread chocolate onto half of each cookie with a spoon or offset spatula. Let the cookies sit at room temperature until the chocolate is fully set.

Directions:
Preheat the oven to 350. Spread out the coconut shavings and almond slivers on a parchment-lined baking sheet. Toast in the oven for about 5 minutes, stirring them and rotating halfway through baking. Once they’re golden brown and smell toasty and nutty, remove them from the oven and let them cool to room temperature.

In the bowl of a stand mixer (or in a large mixing bowl with a hand mixer), cream the very soft butter and both sugars at medium speed. Once the butter/sugar mixture is fluffy and lighter in color, scrape down the sides of the bowl and add the egg and vanilla and mix until combined.

In a separate bowl, combine the flour, baking soda, salt, and cooled coconut and almond.

Portion into 1½ tablespoon portions (that’s a number 40 scoop) onto a parchment lined baking sheet, leaving about an inch and a half between them. Bake at 350 for 12-14 minutes, or until they’re golden around the edges and just set in the center. Remove to a cooling rack and let them cool completely.

Once cookies have cooled, melt your chocolate chips. You can use a double boiler for this, but I just do it in the microwave. Place them in a microwave safe bowl, warming them in 10 second increments and stirring in between. After about 3-4 microwave-stir-microwave installments, or when about half the chocolate has melted, remove the bowl from the microwave and stir until all the chips have melted and it’s completely smooth.

Dip half of each cookie into the chocolate and scrape the bottom off on the bowl or with butter knife. Or you can scoop and spread the chocolate onto half of the cookie using a spoon or offset spatula. Let cool at room temperature until the chocolate has set. 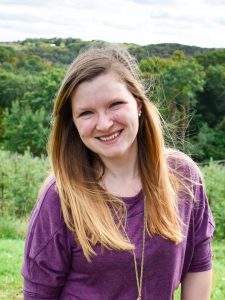